It gets a lot of well-deserved flak for existing within the Worlds, but if you plopped the plans for a Hariven on our Internet, we’d be swarming over the Solar System by the turn of the century. Even such a rundown wreck of a design is hilariously overpowered for our current level of spacefaring.

Windowless hyperbolic transfers to anywhere in the Solar System? Check.
Regenerative life support (we throw gas away)? Check.
ISRU, just add water? Check.
Comms lasers (we still use radio)? Check.
Spacious hold (more than Starship, enough to hold JWST unfolded)? Check.
Ridiculously high TWR for a transfer stage (why is even 0.6g considered gravity-well-incapable in the Worlds)? Check.
So simple to draw it would instantly make its way into the dregs of low-effort visual media, and hence cultural immortality? Check, and extra points if you paint it blue.

In such a timeline human spacers would be praising the holy box and the gifts it brings from far-flung worlds.

Elon Musk might have an aneurysm at the prospect of having his company utterly overtaken by an apparent dark horse design.
“That whooshing sound you hear? That’s the sound of SpaceX’s bottom line going up in smoke.”

You say that as if he wouldn’t be the one re-tooling SpaceX to shit out Harivens by the mucker-ton. It’s even made out of steel!

I asked AY about the steel box with a plasma torch welded on the back back in '17. What he described was, and still is, damn-near perfect.

Abner Munson, owner/operator of the Hariven-class, ‘Make Do’…

“When you gotta make do with what you got (little currency) and your crap has to get there (eventually), let Munson’s Hauling be your go-to solution. Moving crap is what I do. Moving crap is ALL I do. Let me move your crap.”

“Have Hariven; will haul (your crap).” 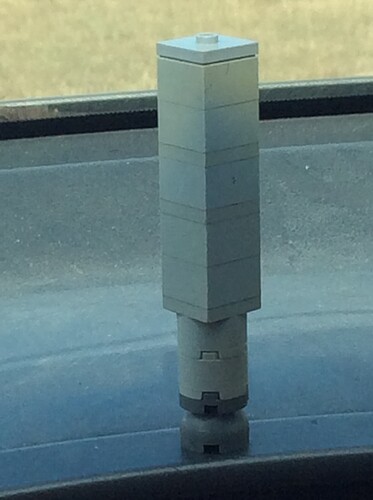 My mind’s eye did not take not of the dimensions and envisioned a very squat Hariven, this certainly revises my expectations!

Here’s a take by a real artist type of person… 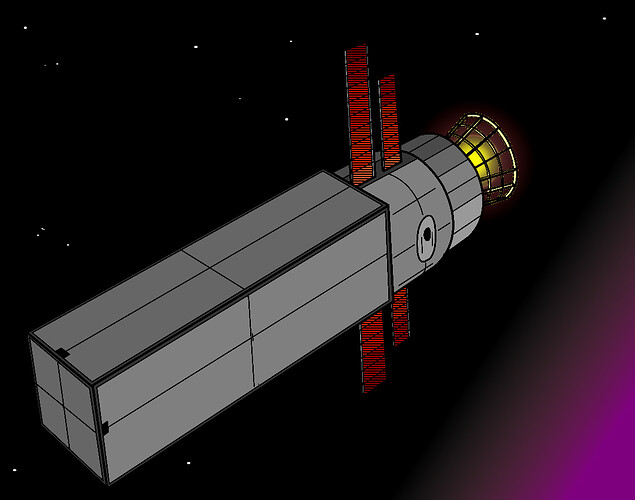 image1124×884 113 KB
It’s not perfect (the size is wrong, the hatch is aligned wrong, and I don’t know if that’s a true fusion drive or an advanced putt-putt affixed to the ass end).

The lego version is a little off too, the cargo box bein’ just a touch longer than it should be.

this certainly revises my expectations!

For the better or worse?

Made for a crew of three; can be flown by one:

Fly where and when you like. Better stick to the Rim Free Zone, just to be safe.

Made to burn deuterium; can take any fusible:

Sometimes there ain’t no water around and you gotta make do.

Made from cheap material; can be patched up by a neanderthal:

Not everyone is a genengineered super person.

Made with only the basic flight control; fewer distractions while flyin’:

Who needs to know what the current now is? Especially just after exitin’ the Stargate? Them kind folks in traffic control can tell you the date.

For the better or worse?