Transdivine Tectonic Computation Array: The supercomputers that manage attitude control and station-keeping of the Cirys swarm, thus ensuring that the orbits of god’s planet-sized organs never intersect and collisions are appropriately averted. While its original and primary node is buried deep in the substructure of the Centropolis of Cal Secalár, secondary elements of the Array are located in multiple hexterranes distributed throughout the body of the swarm. – A Theoanatomic Gazetteer, 3rd ed.,Coricál Ailék Board of Applied Geography

Something I’ve been meaning to ask, how are hexterranes supposed to work? They have atmosphere but are open-topped which implies they must have gravity to keep it from escaping. The problem is I can’t figure out how they’re generating it, is it by

Bear in mind that a hexterrane is a planet-sized chunk of mass in its own right - deep crust plated over substructure and a shiny exotic matter structural frame; it has no problem holding the atmosphere on with good old-fashioned mass-gravity without needing to add a bunch of ballast mass over and above the crust layer.

As with the Ringworld, the potential issue is atmosphere leaking off the edges, which is solved in essentially the same way: walls.

That said, in the longer term, there will be need for paragravitational intervention, because inside the mostly-solid Cirys sphere it will ultimately end up as, mass gravity nets to zero. There’s not a whole lot that can be done about that.

What’s all that mass being used for? Computronium, reserved to be turned into computronium in future, just to provide gravity, or something more exotic?

Wait, then doesn’t a single hexterrane face the same issue as Eliera with all the stufff on the surface trying to slide towards the center of mass? Does it solve that problem with the BWAWCSAPAWBWSS Law as well? 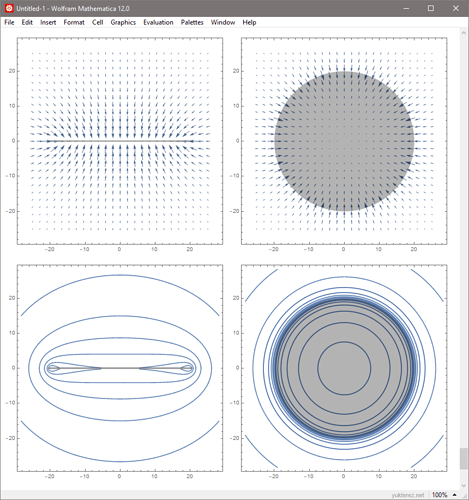 Granted, unless you want most of the terrain of the disk to be all hill you still need to do something about it. If you don’t want to toy around with the metric, a reasonably effective solution is to spin it.

That gives the paragravitational systems something to do while they’re waiting to be needed in the shell case.